The Medway Conservative Group has, over the course of months of Labour politicking and mischief making, refrained from commenting on this thoroughly disappointing behaviour. However, the time has come to implore the Labour Group to reconsider their exceptionally poor conduct, for the good of the people of Medway.

“I am extremely disappointed that it has reached the stage that the Conservative Group have been forced to address the incessant politicking of the Labour Group, at a time when we should instead be prioritising positive action for the safety and wellbeing of our communities. This is once again symptomatic of Labour’s tendency to shout very loudly whilst doing very little.

Only this week I have highlighted Labour’s prior calls to move to three-weekly waste collections during the course of the pandemic, alongside their refusal to support the outstanding efforts of the Council, in partnership with Medway CAB, to deliver free schools meals to over 5,000 children during the half term period.

Last, but most disappointingly, has been Labour’s abject refusal to uphold to Government guidance or to listen to the Regional Schools Commissioner, amidst Labour’s constant calls for school closures – which would result in the isolation and loss of educational opportunity for so many of Medway’s most vulnerable children. Indeed, senior educational figures have expressed to me their bitter disappointment at this lack of understanding and disrespect for the hard work of teachers and staff across Medway.

I would like to take the opportunity to remind Councillor Maple and his colleagues that at the beginning of this pandemic, his Labour counterparts elsewhere in Kent were quick to encourage him not to oppose proposals for opposition’s sake, and to instead work together to ensure the very best outcomes and continuity of service for Medway residents. It appears that this advice fell on deaf ears, but I now urge Councillor Maple to stop and consider the conduct of his Group moving forwards.” 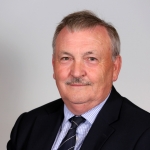 Leader of Medway Council and the Conservative Group

Two Years On: Delivering on our Promises

Two years on, we have delivered for Britain. Here's a list of some of our top achievements.