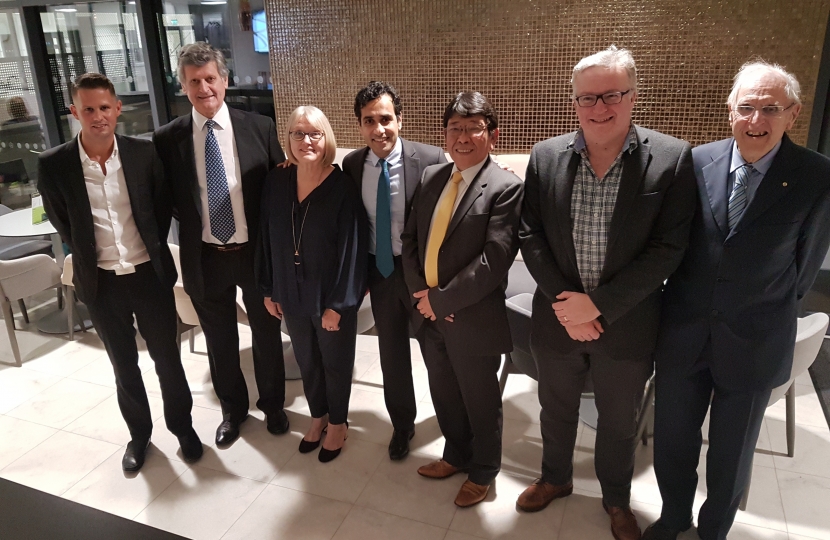 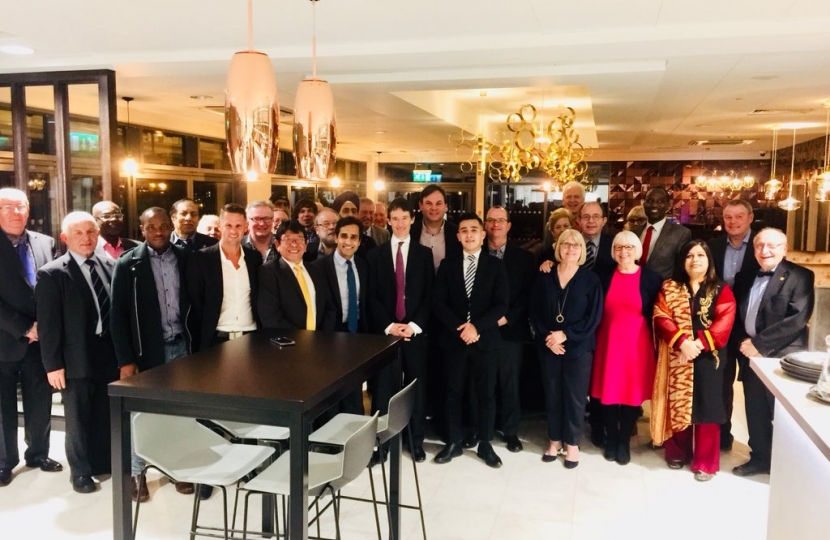 Last week, Councillors from across Medway joined supporters and friends of the Gillingham and Rainham Conservative Association, including Rory Stewart MP, for a dinner at Featherby’s restaurant within the fantastic new Avenue Tennis facility.

The night, organised by Councillor Rehman Chishti MP, was well attended and provided opportunity to engage with and thank supporters, showcasing the positive energy within the Gillingham and Rainham area.

Rory Stewart MP, Minister of State for the Ministry of Justice, was also in attendance. Mr Stewart spoke passionately about the importance of the Government supporting the aspirations of the British people. He also praised the impressive work of Gillingham and Rainham Conservatives in engaging with different communities and delivering for local people - work which has been further recognised at a national level through Councillor Chishti’s recent appointment as Vice Chair of the Conservative Party for Communities.